Until last week one of Horowhenua’s notable trees had been bristling its branches as it watched the water of the Ohau ¯ River edging ever closer to it each year. Last week Horizons Regional Council stepped in with a temporary measure that diverts the river flow away from the eroding bank, much to the delight of local tree lovers. Some of the tree’s roots were already exposed, sticking out of the quickly eroding riverbank. Calls for help went out some months ago to both Horowhenua District Council, which has protected the tree, and Horizons Regional Council, which is responsible for the course of the river. However, with another winter looming, a few tree-loving locals had argued that bureaucratic action was taking too long and they feared for the tree’s life as winter storms come along with serious flooding that easily erode the bank further. Dan Brizzle (Keep New Zealand Beautiful life member) and Joan Leckie (Forest & Bird) estimate the Northern rata, or NT16 on the district council’s Register of Notable Trees, to be at least a century old. In those years it has stood witness to a large chunk of Levin’s settler history. Many visitors have picnicked or camped beneath its expanding canopy. The neighbouring Ohau ¯ River is prone to changing its course and carries along with it an enormous amount of rocks and pebbles, enough to sustain an excavation industry. The river hits a corner before it encroaches on to the Kimberley Reserve and has deposited a lot of rocks on the other side, forcing the river to take the easy way out and crash into the opposite bank, metres away from the Northern rata, slowly chomping away at the bank. An old Fish & Game access road to the river has already been washed away completely and elsewhere on the bank someone has carved out steps to provide access to the river. There have been meetings between Horizons and Horowhenua councils’ staff, and they have been onsite to have a look. They say they are not working on a plan to save the tree. While acknowledging that the “riverbank is encroaching towards the tree and there are some small roots now protruding from the bank”, Horowhenua District Council did not seem overly concerned at the time, unlike Mr Brizzle and Mrs Leckie, because “the riverbank edge has not yet encroached within the canopy of the tree”. Council staff estimate the tree to between 80 and 100 years old. Horizons said, “Our engineering officer for the southern region has contacted Horowhenua District Council’s parks and reserves team (the tree is in the Kimberley Reserve which they manage) and is meeting with them to discuss what can be done. “Horizons Regional Council staff have met with a representative from the Horowhenua District Council at the site. We are currently looking at options and costs in consultation with our design engineer,” they confirmed a few weeks later. Asked what progress is being made, a Horizons spokesperson said there was nothing to report as “the representative of HDC we are working with has expanded what was originally asked of Horizons and at this stage we are unable to confirm the funding or the timeframe for the works as we are still working through the details with HDC”. Brizzle and Leckie said they had been told in early April by a district council staffer that it is unlikely Horizons will be able to find the funding to save the tree. The pair have been knocking on many doors to draw attention to the plight of the tree. They estimate the riverbank has been eroding a few feet each winter and fear for the tree as the canopy is only metres away from the bank. They have done their best over last few months to get action from both councils but felt frustrated at the slow progress. Regional councillor Emma Clarke told them a few weeks ago, “I would like to hope that when the budget to save the Northern rata is presented to council, that they see past just the monetary impact and see how tragic it would be to not be able to preserve such a historic piece of Horowhenua landscape.” “I think they can put a temporary measure in place, using large concrete blocks,” said Brizzle. He even knew where to procure these concrete blocks from. Their concerns have remained constant for months and the persistent door-knocking, and its cascading effect of those people ringing and meeting with more people, seems to have borne fruit at last. Two weeks ago Horizons councillors discussed the tree’s plight and asked for immediate short-term action. They suggested that some channel stoppage work be done to take the pressure off the bank straight away. When it comes to a permanent solution, “We will fund 30 per cent of the cost of saving this tree,” Emma Clarke said at the time. Last Friday the channel stoppage work finally happened. “I am delighted,” said Dan Brizzle. 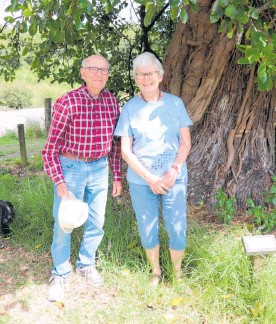 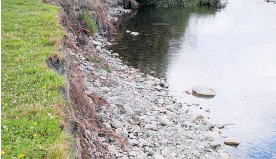 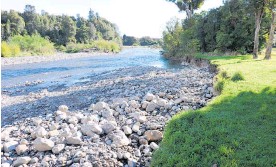 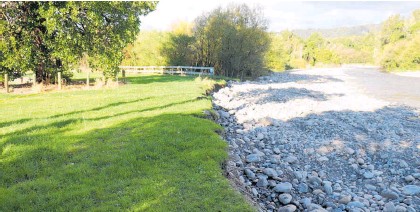