Anew competition aimed at promoting excellence in farm business activities has been launched covering the Central Districts region of the North Island. Opiki farmer Paul Olsen is chairman of the committee organising the event, called the Wairere Central Districts Red Meat Farm Business of the Year, and it was open to all sheep and beef farmers in the region. Olsen said it was about bringing back a focus on promoting and celebrating excellence and the good things going on in the farming community. “There used to be a similar type of competition in the Manawatu¯ a few decades ago that went into recess, however competitions in both the Wairarapa and Tararua regions have been going strongly for a number of years and really getting a following and becoming a focus of those interested in promoting good people doing good things on their farms, particularly in the sheep and beef industry,” he said. “The dairy industry has long had its very successful format for similar type competitions and a group of us started talking about it and saying how we thought it would be great if the Central Districts area could have something similar.” The format is similar to the successful Tararua and Wairarapa competitions and focusses on three key criteria; governance, physical performance and financial performance with also elements of what people are doing toward sustainability of the business and the environment within which it operates. The committee for the Central Districts competition has a number of members with ties with the Tararua and Wairarapa competitions, who have been able to share knowledge and experience. The competiton is aimed at businesses that derive the majority of their income from sales of sheep, cattle, deer with the Central Districts defined as being west of the ranges, between Wellington and Waiouru and across to South Taranaki. “We are chuffed that one of the sheep industries great leaders has come on board with Derek Daniels, of Wairere our naming sponsor. As well as producing quality genetics, Derek is passionate about excellence in the farming sector.” Entries for the competition were now open, with the competition concluding in April 2022 with an on-farm field day at the winners property. “We would encourage any farm business that is passionate and proud of what they are doing and that would like to showcase this to give me a call or go to the competition Facebook to find out more,” he said. 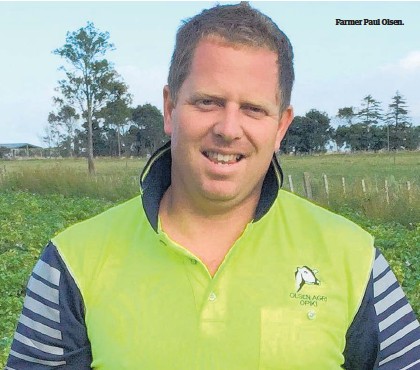