Peara Huriwai excels on the field

Levin teenager Peara Huriwai is excelling in her chosen sport of touch football and a quick check of her diary shows she is on for a busy summer. The 16-year-old has been named in the Manawatu¯ Under-18 girls’ touch football team to contest a nationals tournament in Christchurch early next year, while also being named in the Manawatu¯ Open Women’s touch team to play for the national tournament in Palmerston North in March. Huriwai was part of the Manawatu¯ Under-16 girls’ team that won the NZ comptition last year. Aged 15 at the time, she was then selected to play for Wellington Open women’s team at the open touch nationals held in Christchurch, coming seventh overall. She also played for HorowhenuaKa¯ piti Under-18 girls’ rugby team this season, as well as playing in the Premier One netball competition for Wanderers Flames. 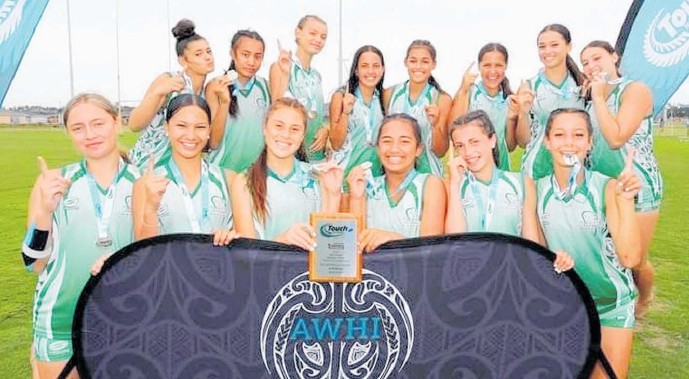