Ignoring fluoridation order not an option 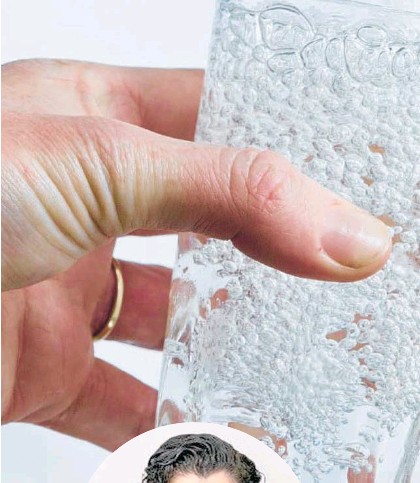 Horowhenua District Council is one of 14 territorial authorities ordered to start adding fluoride to its drinking water supply. While this directive comes with options to fund it, it does not give any council the option to ignore it, Horowhenua District Council chief executive Monique Davidson said. But the directive is only for water supplied to Levin, not the rest of the district, and that could create issues of inequality, she said. Director-general of health Dr Ashley Bloomfield has made directions this week under the Health Act. It is the first time this power has been used since the relevant legislation was amended last year to ensure a national approach to fluoridating water. Local authorities which are directed to fluoridate their water supplies will be invited to apply for funding from a $11.3 million fund for capital projects associated with these works. Fluoridation is proven to be a safe, affordable, and effective method of preventing tooth decay, Dr Bloomfield said. “Community water fluoridation benefits everyone, but especially children, Māori, Pasifika, and our most vulnerable. That’s why it is supported by the Pasifika Dental Association and Te Ao Mārama (the Māori Dental Association). “Water fluoridation helps prevent tooth decay, along with brushing your teeth twice a day with fluoride toothpaste, eating healthy food, and avoiding sugary drinks. Fluoride in water acts like a constant repair kit for your teeth. “The role of fluoride in water has been well examined around the world — including in New Zealand — over the past 60 years. The Office of the Prime Minister’s Chief Science Advisor recently looked at new information about water fluoridation and found there’s no evidence it causes any significant health issues at the fluoride levels used here in Aotearoa New Zealand. “Fluoridated water is safe for everyone to drink — including babies and the elderly — and fluoride exists naturally in air, soil, freshwater, seawater, plants, and in food,” Bloomfield said. The 2009 New Zealand oral health survey showed that children and adolescents living in areas with fluoridated water have a 40 per cent lower lifetime incidence of tooth decay than those living in areas without. The Health (Fluoridation of Drinking Water) Amendment Act 2021 shifted the decision-making authority on community water fluoridation from local authorities to the Director-General of Health on the basis that it is a healthbased decision. “We estimate that adding fluoride to the water supply in these 14 local authority areas will increase the number of New Zealanders receiving fluoridated water from 51 per cent to around 60 per cent.” It’s likely that later this year the Director-General of Health will actively consider whether to issue further directions to fluoridate. The Ministry of Health will track improvements over time in the oral health of communities receiving water fluoridation. The Health (Fluoridation of Drinking Water) Amendment Act 2021 shifted decision-making on fluoridation from local authorities to the Director-General of Health. The time each local authority has to fluoridate their water supply varies between six months and over three years, depending on the circumstances of the supply. In New Zealand natural fluoride levels in water supplies vary but are generally at a level less than 0.2mg/L. The World Health Organisation and the Ministry of Health recommend adjusting fluoride levels to between 0.7 and 1.0 mg/L in drinking water as the most effective and efficient way of preventing dental decay. The change in legislation means those being told to add fluoride do not have a choice. “Director-General of Health Dr Ashley Bloomfield has given a directive under the Health Act for Horowhenua District Council to add fluoride to Levin’s Water supply,” said Horowhenua District Council chief executive Monique Davidson. It is a concern that by only mandating Levin’s water supply to be fluoridated, the Government will create inequities across our district. Monique Davidson HDC CEO “This means council are obligated to abide by the directive, regardless of any views held by our community or elected members. It is a concern that by only mandating Levin’s water supply to be fluoridated, the Government will create inequities across our district. “As we’ve not planned for the capital and operational expenditure this will incur, council hopes to secure some of the $11.3 million set aside by the Government to fund the capital projects associated with the change,” Davidson said. More about the benefits of water fluoridation can be found on the Fluoride Facts website: https://protect-au. mimecast.com/s/n7iJCK1qKXCLmgGqUvDfBN?domain=fluoridefacts.govt.nz/.