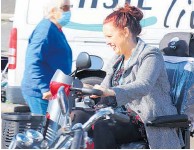 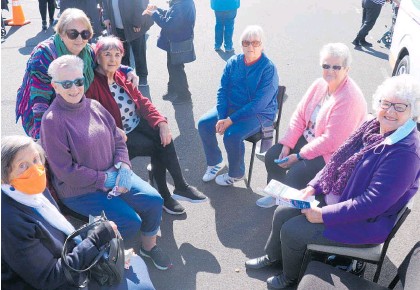 Horowhenua is doing itself proud with a massive surge in the number of volunteers signing on with an organisation providing support for the region’s large elderly population. The number of volunteers registering with Age Concern has tripled in the past 15 months to more than 60, at a time when support has been more important than ever. Age Concern Horowhenua had 211 referrals of suspected elder abuse in Horowhenua last year, of which more than half were identified as bona fide. In that same time, Age Concern followed up more than 2000 visits or phone calls to people reaching out because they felt isolated or lonely, compounded by the challenges brought about by Covid-19. A quarter of Horowhenua’s population was aged 65 or above — much higher than the national average of 15 per cent. Age Concern manager Catherine McAuliffe said it offered support and training for volunteers who helped with a range of programmes and services aimed at keeping the elderly empowered and connected, like driver refresher courses. “We challenge the ageism stigma. There are no rules that say age prevents you from doing things,” she said. More than 100 enrolled in fitness courses called Silver Sneakers and Steady as You Go. McAuliffe said some were aged in the 90s and had never been to a gym before. “There are no restrictions,” she said. “This is ageing, but how do we change the perspective of ageing and what that looks like?” Age Concern Horowhenua held an Open Day at its Durham St clubrooms this week to showcase the different networks it provided, such as counselling services, a telephone grocery service, and a pet-visiting service. The Open Day coincided with a rebranding of Age Concern and attracted a large number of people, making inquiries and participating in activities such as weaving and a mobility scooter skills time trial. The stopwatch timed contestants weaving through cones before packing some grocery items as quickly as they could. Age Concern has 32 offices around New Zealand. In the last 12 months those offices received 2452 referrals of suspected elder abuse.